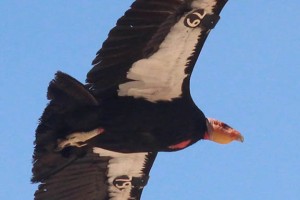 Recently I was lucky enough to spend five days in the Grand Canyon with nine good friends, all of whom share a Portal, AZ, connection.

More specifically, we were in Havasu Canyon, where we camped, hiked, waded, ate hugely, talked, took hundreds of photos, laughed, clambered nervously down (and back up) a 196-foot cliff, explored a mine, leapt through waterfalls, and swam in clear turquoise pools.

The canyon is on the Havasupai reservation, and the campground, 10 miles below the trailhead, is accessible only by foot, by horse, or by helicopter. We chose to hike, and — because most of us are in our 60s or 70s — we also chose to go with a topnotch outfitter, Arizona Outback Adventures.

What a fabulous experience!  More details of the trip will wait until another time — because of what we encountered the last day in the final mile, as we slogged back up the hot, dusty trail to the Hualapai Hilltop trailhead.

Not just tiny distant specks that left us wondering if they were actually California Condors — or were they just common Turkey Vultures? — or maybe Golden Eagles?

No, these were gigantic, spectacular, dramatic prehistoric-looking birds, “skymasters” that soared above and below and around us, so close we could read the numbered tags on their 9-foot wingspan — as we stood in awe and admiration, our hot, tired feet forgotten.

The condor recovery story’s been well-documented, but it’s a story that bears repeating, along with updated information.

According to both the National Park Service and the Peregrine Fund, in 1982, the total world California Condor population was down to 22 birds, and none existed outside California. (The only other condor is the Andean Condor, found, not surprisingly, in the Andes.) Three years later, after heated debate, every remaining California Condor was moved from the wild to a captive breeding program.

As of March 31, 2013, 234 are living in the wild. Seventy-three birds now call Arizona/Utah home, and twenty-nine live in Baja California, Mexico.

And what about this particular bird I photographed as it wheeled and sailed through the sky and past a dark salmon backdrop of Coconino Sandstone?

If you’re lucky enough to spot a condor and can read its wing tag, you can identify it at the Condor Tag Chart. The tag number is usually the last two digits of the Studbook number, and you can find the bird’s age, sex, the most recent release/fledge year — and any researcher comments that may have been recorded.

So this bird, Tag No. 79 (Studbook #379) is a 9-year-old male who was most recently released in 2012. Combing through the Peregrine Fund’s Notes from the Field reveals that the first time #379 was released was 11 a.m., March 7, 2009, at the Vermilion Cliffs release site high up on the Paria Plateau.

Then why list a 2012 release date for a 9-year-old bird? The condors need routine vaccinations, blood work, and occasional veterinary care, along with tune-ups for their satellite GPS transmitters. In addition, most of the 73 Arizona birds have been caught, tested, and treated for lead poisoning before being re-released. Lead poisoning has been responsible for about 50 percent of the mortality of California Condors.

But that’s another story.

For now — Welcome back, Skymasters!